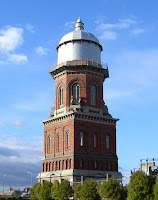 As a perfect coincidence my visit to the South so far has been quite literary. Before I knew Mum was having a biopsy last week I had already decided to come to Dunedin's Regent Booksale, an event I'm a huge fan of and which I haven't attended in about five years. However, unbeknownst to me when I booked the trip was the Writers and Readers Alive! Festival on in Invercargill (where my parents are domiciled), scheduled for the weekend just past. Because of this I was able to catch a lift from Dunedin with an old writer friend bound for Invercargill on Saturday, saving plane-fare and getting a free delivery of gossip, and since then I've attended three poetry readings, an open mic session, an interesting panel discussion on Otago/Southland poets and poetry and the book launch of Richard Reeve's Incontinence. (Before you judge me too harshly - Mum and Dad came to one of these events and I've also squeezed in two shopping trips and a visit to a family friend with my mother, with more to follow).

Members of the Otago Poetry Collective in attendance included Richard Reeve, Jeanne Bernhardt, Kay McKenzie Cooke, Emma Neale, David Howard, Michael Harlow, Jenny Powell and Peter Olds, in no particular order. They're all practised poetry readers/performers and for me it was a nice introduction to the work of Peter Olds and Michael Harlow who are both very established but whom I hadn't had a chance to read before. Michael in particular is a lovely reader and his work is mellifluous, simple but never predictable. A highlight was Richard Reeve's reading of a work-in-progress about a relationship between a wilding horse and sheep, possibly a treatise on what it is for two humans to be together. I was also rather enarmoured of Emma Neale's launch speech for Incontinence which was generous and incisive in its appreciation of Richard's incredible skill with form - which is, according to Emma, and in my comparatively uninformed opinion, unequalled in contemporary New Zealand poetry. The panel discussion about Otago/Southland poets concluded that poetic voices in the South are more distinctive than those in the North, possibly because of the influence of the two main writing schools (Vic's International Institute Modern Letters, and the Auckland University Master of Creative Writing) which tend to produce poets with similar flavours.

I read three of my own pieces at an open-mic event for Southland poets (I think I still count - being from Southland is not something one escapes) and received generous and thoughtful feedback from David Howard and Jeanne Bernhardt. All in all it was a great surprise experience. I remain hopeful that the week will continue kindly.
Email Post
Labels: Literary Personal

Anonymous said…
oh lyn .. you really are quite lovely and i enjoy reading your blog. i learnt two new words. looking forward to your return. enjoy yourself.
9:53 pm, May 19, 2008

Anonymous said…
Indeed. Poetry, well read, by real poets is a rare pleasure. Pleasure though, doesn't cover it, it's something that creeps under the meniscus of the brain. Do enjoy the trip, and the feedback. I'm sure it's better than I get - those unquiet seas, those madmen, the south of Nz..
8:01 pm, May 20, 2008

Lyn said…
Thanks Luke. Keep learning those words (was travelogue one of them?). And anonymous - if you live in Auckland and write and I don't actually know you IRL please send me an email! Link's in my profile.
8:31 pm, May 20, 2008